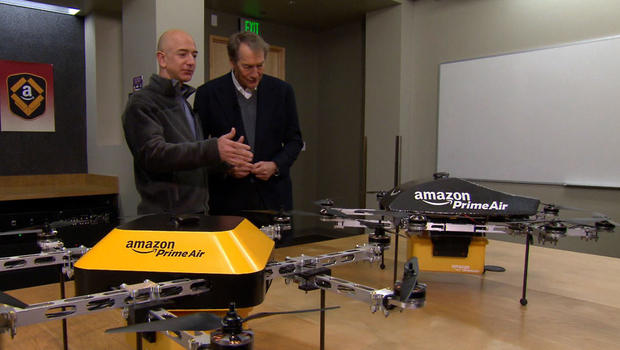 Since the moment Jeff Bezos, CEO of Amazon, floated up with Prime Air strategic move, Drones are the subject of skeptical voices and golly comments. Rather it would not be an exaggeration to say that the long-missing innovation in shipping industry has been triggered up. And undoubtedly, though, Amazon still has to hone this “60 minute” (now even reduced to 30 minute) delivery surprise for the next four to five years, this has invited all for a big “rethink” in transportation landscape. The recent video released by Amazon of its first trial Drone delivery is the second strike in this flurry.

Can we call this a marketing champagne opened by Amazon when the Christmas-mania has already started to intoxicate the shippers? Or should we treat it like a transportation toy that would be trashed soon? And more importantly, how will the small and medium entrepreneurs in transportation industry will be standing off? These are the questions that are droning the pitch of Amazon ground.

This hi-octane technology certainly has raised the safety concerns and this is what has persuaded FAA to draft a bill till next year. Even, Melbourne has shown green signals for little drones when CASA officials have expressed their pro-drone stance. However, the safety and privacy issues will be addressed if any legislation is drafted in this regard, CASA officials added. Even, Australian drones will be in the sky by March of 2014 while FAA is planning to legalize their commercial use by 2015. In an interview with PandoDaily, Ahmed Haider, CEO of Zookal, said:

“The rules are quite varied in Australia. Australia was the first country to allow drones commercially pretty much in the world. But within that there’s certain safety regulations that they have, particularly around autonomous flight and having human capability over it, which takes out elements of the scaling that we see the benefit of. But we’re actively talking to CASA [Civil Aviation Safety Authority] around getting some of those hurdles and challenges done to get much further deployment. It’s really around building scale into the model, and we understand from their perspective that safety is the issue”.

After all this, does it still sound fictional? It seems like the regulators have already started to arbitrate the discussions and they will eventually be finding the legal space for this transformation.