Tens of thousands of older models of DOT-111 rail cars that have served their purpose well in the dangerous goods transportation as well as being the transportation of choice of the oil-by-rail industry could be affected by the new recommendations made by the Transportation Safety Board (TSB) of Canada.

This is the very first time that the TSB has joined forces with the US National Transportation Safety Board (NTSB) for pushing the improvement of safety and oversight for oil-by-rail transport, especially in the transportation dangerous goods.

The Lac-Megantic rail disaster in the summer of 2013, which left 47 people dead, involved the same models as the DOT-111 rail cars. When the runaway train derailed, it spilled large quantities of oil it was transporting onto the Quebec landscape. 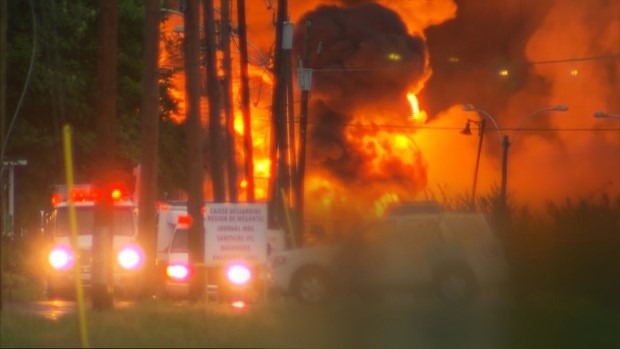 Wendy Tadros, chair of the Canadian TSB, said in a joint statement of recommendations from both the US and Canadian Transportation Safety Board, which was released in January 23, 2014, “In the course of our Lac-Megantic investigation, we found three critical weaknesses in the North American rail system which must be urgently addressed.”

The TSB’s second recommendation is to have strategic route-planning and safer train operations for all trains responsible for hazardous goods transportation in Canada.

For the TSB’s third recommendation, the Canadian agency said they want to see emergency response assistance plans or ERAPs, especially in the routes where large quantities of liquid hydrocarbons are to be transported.

In the US and Canadian TSBs’ joint statement, it said that “The right resources must be in place to reduce the severity and impact of a spill or fire.”

The oil-by-rail statistics of North America has and continues to grow substantially. In 2013, according to industry estimates, approximately 560,000 carloads of crude oil have been transported in Canada and the US after only a combined 11,300 in 2009.