Thieves are at it again; stealing dangerous good products by accident. Last April 17 in Mexico City, it was reported that there were car thieves who stole a container from a truck not knowing what was really inside. Unknown amongst them, the container consists of a dangerous radioactive isotope called Iridium 192 which is commonly used in industrial radiography for non-destructive testing and medical x-rays. 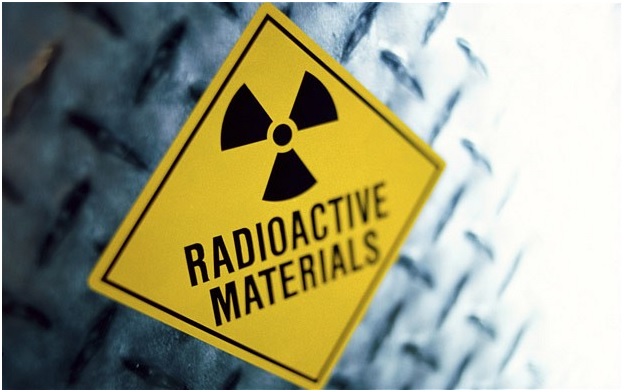 Like other thieving incidents involving dangerous goods, this caused a brief public health scare and the Mexican authorities are in a mishmash of finding the radioactive container. In fact, this is already the third time that this kind of incident has happened during the past year and a half.

The authorities have already warned the public within five Mexican states that there were car thieves on the loose with the dangerous Iridium 192 on hand. This chemical which was stolen in the southeastern state of Tabasco can cause burns and other serious injuries among people. Mexico’s civil protection agency also added that the isotope can be fatal especially when exposed for a long period of time.

According to Alejandro Cortes Carmona, deputy director of Mexico’s nuclear safety commission, the theft happened during the night of April 13th in the town of Cardenas, specifically at the parking lot of a Wal-Mart-like retail and grocery store called Soriana.

Based on the report, the drivers of the truck had left their vehicle, and when they returned, the container of Iridium 192 was already gone. Though the truck was marked with hazmat signs and warnings, these didn’t stop the thieves from stealing the container.

However, according to Cortes, the thieves likely didn’t have the motive to specifically steal the Iridium container. “It was simply to take everything that they found in the vehicle. And they took the radioactive material in its container without knowing what was inside,” he added.

The company who owned the material is Garantia Radiografica e Ingeneria. The said company is also under investigation whether they had followed the safety protocols of handling the radioactive isotope while in transit. As to why the truck was left unattended in Soriana’s parking lot, Cortes said that they still didn’t know the reason why.

In relation to this incident, the most recent and serious case that occurred was when car thieves stole a load of Cobalt-60 last December 2013. The said load was accidentally stolen by car thieves while the chemical was being moved from a Tijuana hospital to a warehouse facility located in central Mexico.

Cobalt-60 is a common radioactive isotope often used in the treatment of cancer and nuclear reactors. Hence, this theft caused a dirty-bomb scare among the public, and people can die within hours of being exposed. But when the thieves discovered the load of the Volkswagen truck, they have ditched it. The authorities caught six who were involved in the theft but there were no reports that some of the thieves died due to exposure of the chemical.

Today, the Mexican officials plan to improve their regulations concerning the transport of radioactive materials in order to prevent future thefts. Cortes said that thieves don’t actually know what they are stealing, and when they figured it out, the thieves only abandon the material. He also added that there were no deaths involved in these cases – fortunately.

Also known as Ir-192, iridium-192 is a popular element that decays by emitting mostly beta particles & gamma radiation. Commonly used in Australia in industrial radiography Non Destructive Testing (NDT) of metal. Other uses are in the medical industry in particular brachytherapy. The Iridium-192 is normally transported in special containers called Type B (U) packages. These containers are specially designed to reduce the radiation being emitted from the package and allow the use and transport of these sources safely around the country. They are normally transported in locked containers and are light enough to be transported by hand if need be. Iridium-192 is highly radioactive if the thieves opened the package exposing themselves to the source they would be seriously ill or even died.

Ir-192 sources are used every day in Australia and pose a significant threat of theft. The Australian Radiation Protection and Nuclear Safety Agency (ARPANSA) is aware of the security of these sources and has implemented the Code of Practice for the Security of Radioactive Sources (2007) http://www.arpansa.gov.au/pubs/rps/rps11.pdf or RPS11. The code has been adopted by a number local State Authorities and is a condition of licence throughout the industry.