Going Camping? Know What You Can Pack—and Not

When you have gorgeous beaches, parks, and other natural wonders, it’s really hard to say no to the idea of camping. In Australia, for example, there are more than 2,000 holiday parks all over the country that had generated more than $45 million in profit by 2011. As added proof, the sales of caravans had increased. 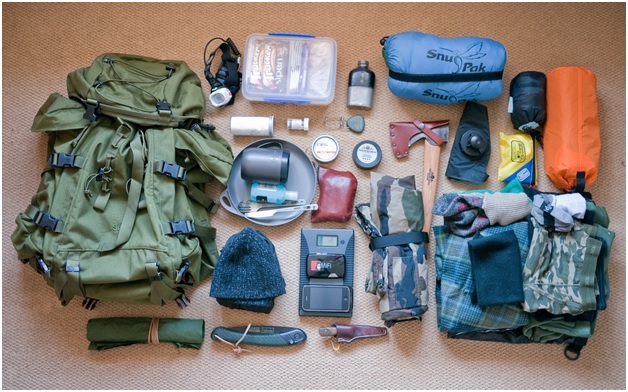 While land trips are awesome, many would have to fly before they can get to their chosen destination—less time on the road, more time to commune with nature.

So before you head to your next camping adventure in Australia, know what things you can bring into the plane and which ones you may have to buy as soon as you land:

Gas stove – According to Civil Aviation Safety Authority, you are allowed to bring your gas stoves, but there are two conditions to be met. First, you have to make sure that you have completely emptied the stove of any trace of fuel. Second, you can place this as a checked-in luggage only. The same rule applies for fuel containers.

Fishing Equipment – Fishing equipment such as poles are treated as sporting goods. As such, they should be checked in. Further, they need to be covered by a cylinder made of PVC with the ends tightly screwed.

Gasoline – Any kind of flammable liquid is not allowed at the aircraft, whether it’s in check-in or hand-carry.

Aerosols and toiletries – Although camping is about sticking to the basics, it’s not an excuse to skip hygiene. Thus, you will most probably bring beauty care products, such as shampoos, colognes, lotions, etc.

Based on the rules, as long as they are classified as toiletry article by the airline, you can bring them with you in the cabin. However, there are limitations as to the content. On the other hand, aerosols that are not flammable such as fly sprays can be checked in.

Lithium batteries – In recent years, a number of aircraft incidents have been attributed to lithium-ion batteries. When they are mishandled, for example, they can cause short circuit, which can surely affect the instruments and performance of the plane. Thus, airlines have become extra cautious when it comes to carrying lithium-ion batteries. As a traveler, it’s best to buy them once you’ve landed. The only time to consider bringing them is when they are necessary for portable medical devices, in which only 2 spare batteries are allowed per device in the carry-on luggage and that they should be properly protected or insulated.

As camping has become more commercialized, new types of equipment, devices, and what-nots are available. To be sure if you’re allowed to bring them with you during your flight, contact your airline beforehand.